A temple with over a 1300 year history, Sri Sarvangasundari Sametha Sri Sarguneswarar Swami Temple is one of the ancient temples of the Chola  Kingdom and sung about in the Thevaram hymns in the sixth century.

Mentioned as ‘Karuveli Kottittai’ by Saint Appar in his hymns in praise of Lord Sarguneswara, this temple was worshipped by Indra, Rudraganas, Yama and other Devas. Lord Shiva is said to have performed a unique dance called ‘Kodukotti’ at this place.

During the year 1990 Padmavibushan Dr.V.Krishnamurthy the former Chairman of BHEL, Maruthi and SAIL and his brother Late Kalki Sri V. Vaidyanathan, native of Karuveli, took it upon themselves to reconstruct and renovate this ancient temple.

Due to their efforts the Kumbabishekam was performed in 1997. This temple stands proudly and tall as a majestic reminder of Chola days gone by, inspiring faith and belief to those who enter its domain. 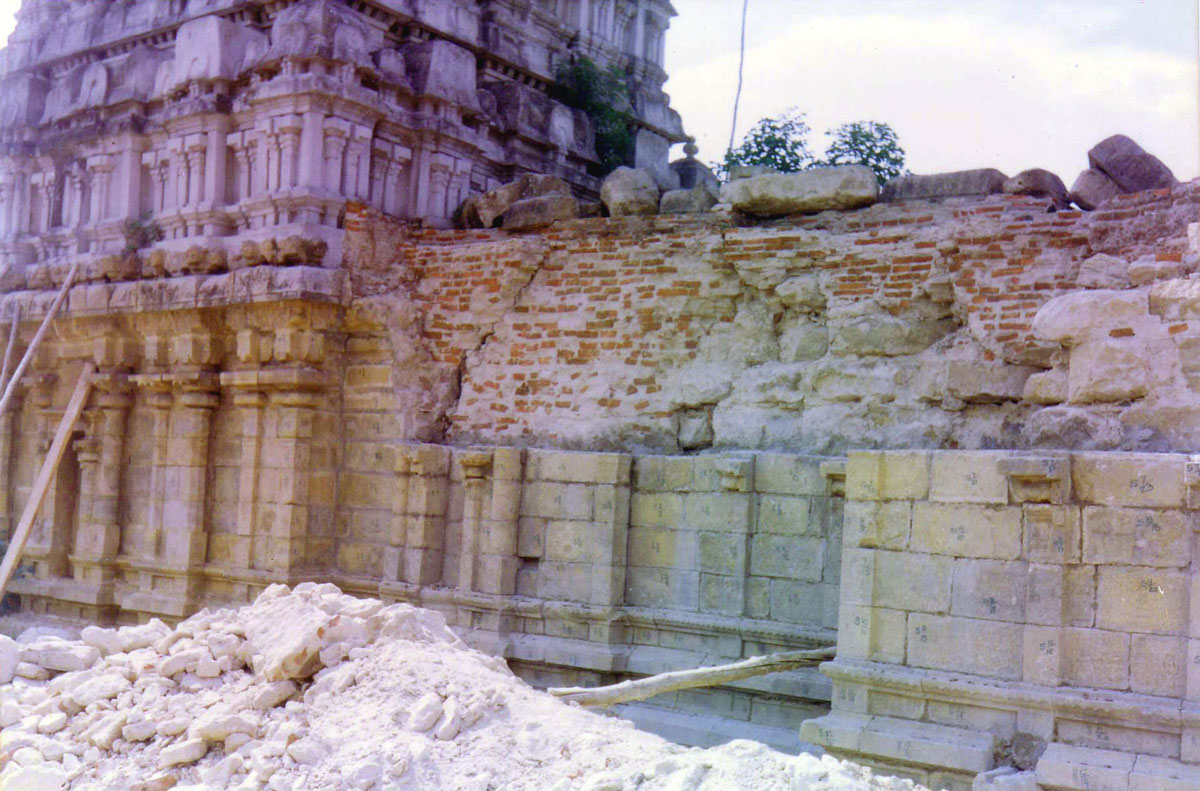 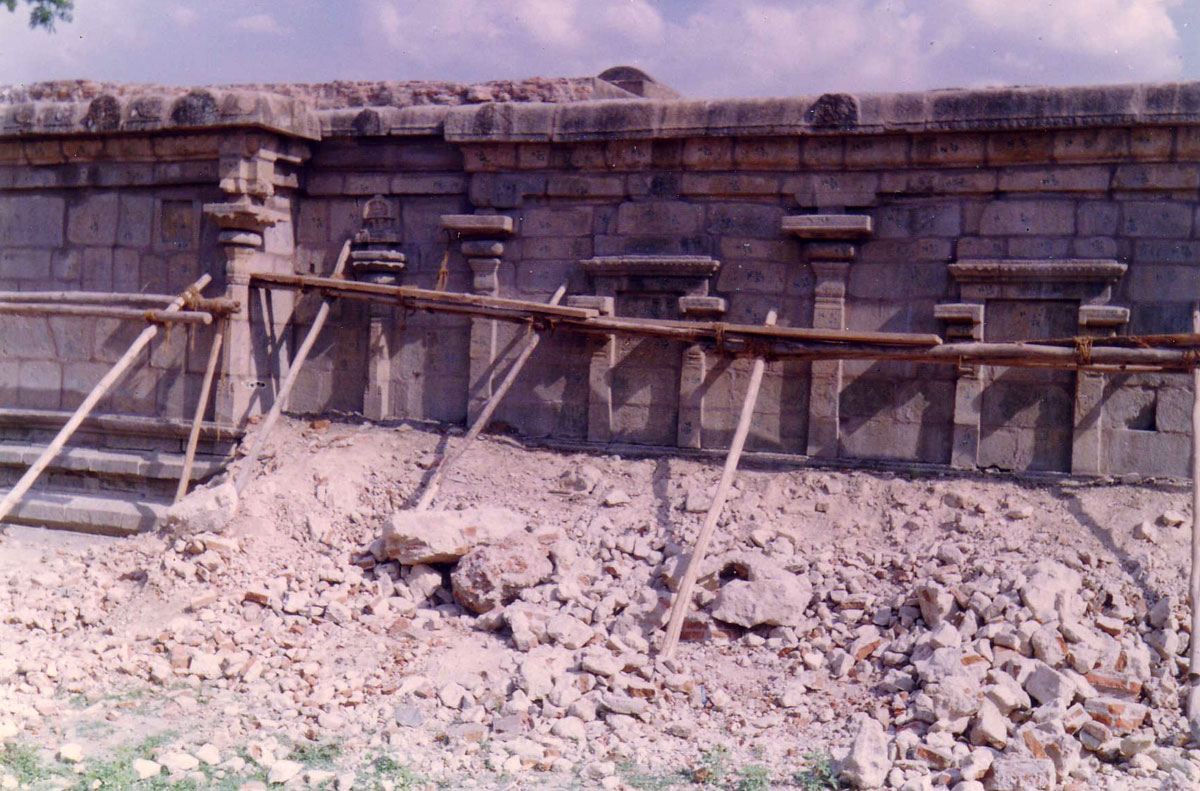 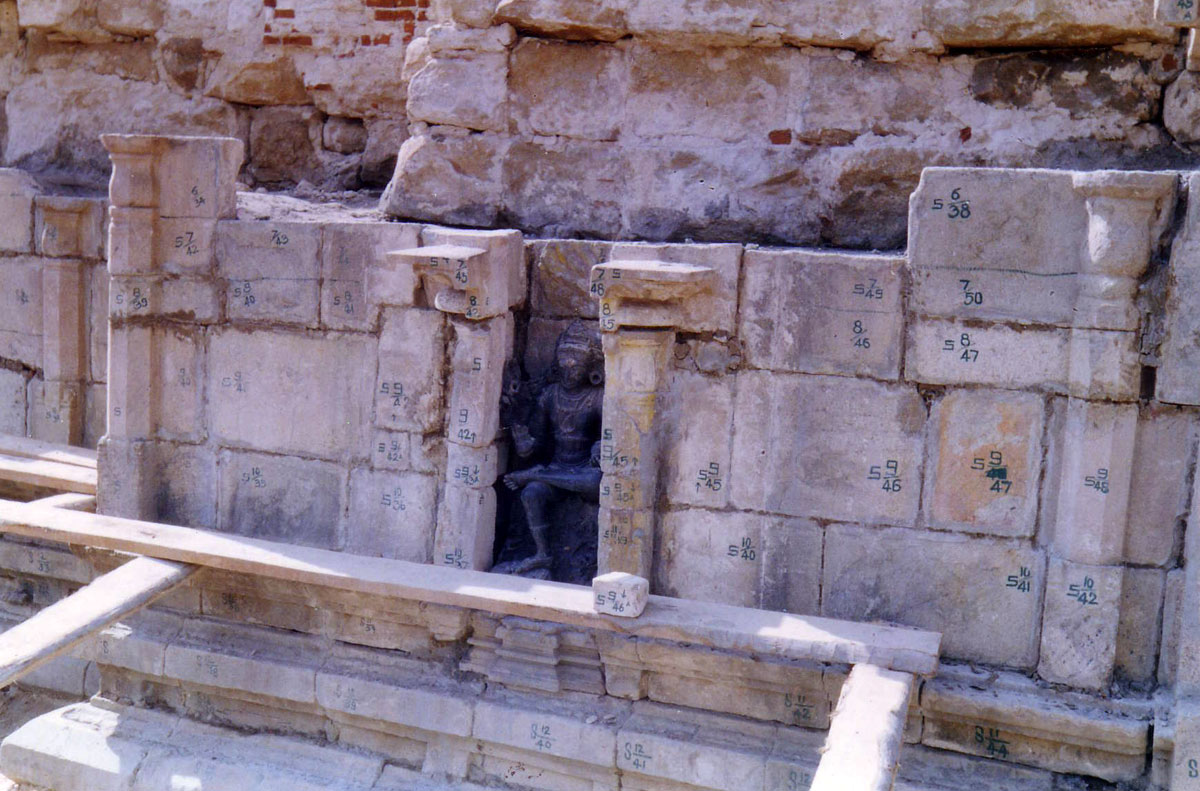 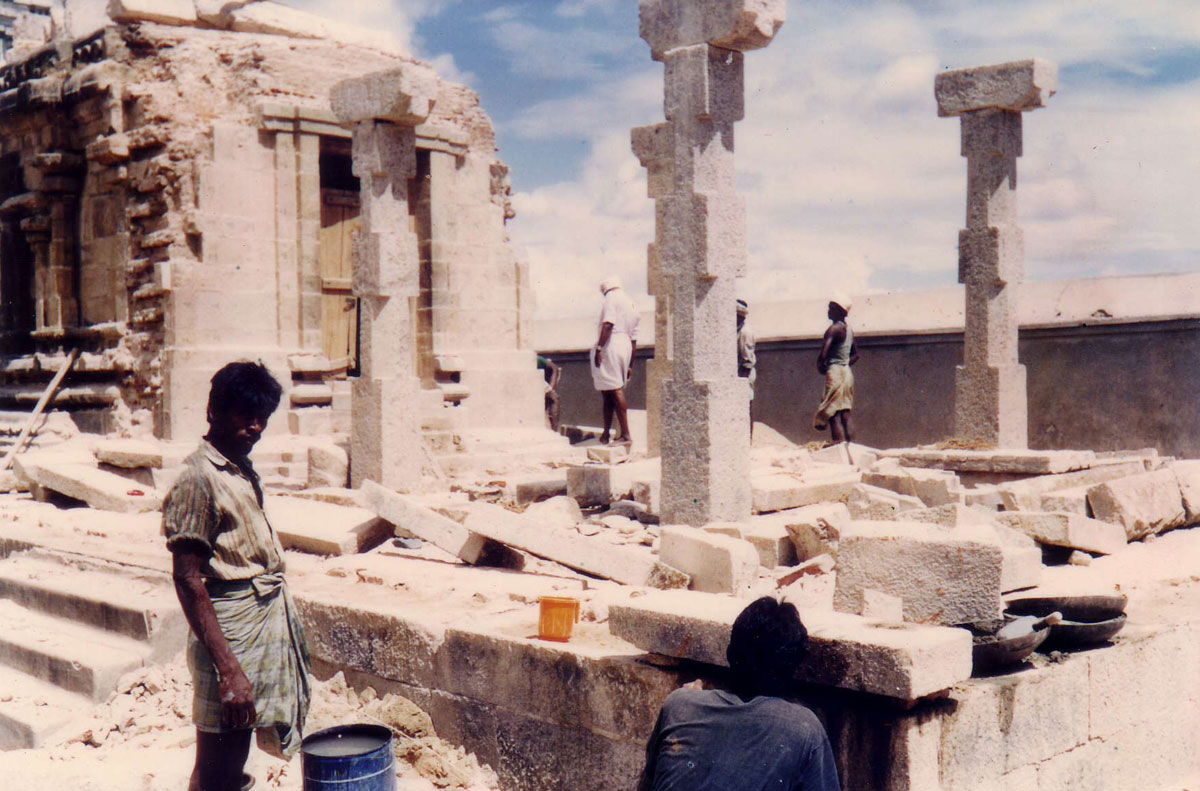 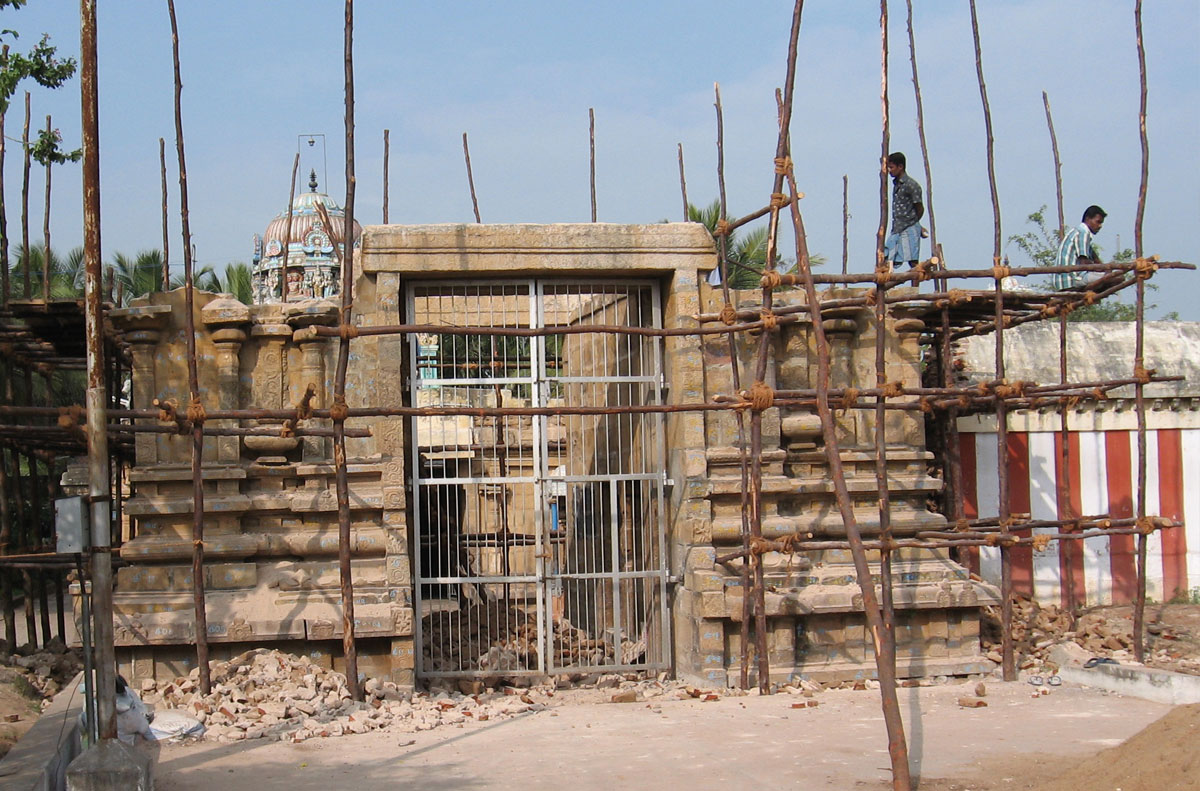 The Sthalapuranam of this temple interestingly depicts the story of King Daksha, father of goddess Dakshayani, was conducting a yagna without inviting Lord Shiva. Dakshayani without heeding the advice of Shiva, came to the yagna to demand an explanation from her father. Unable to bear the humiliation caused by King Daksha, she threw herself on the sacred fire and immolated herself.

Shiva became extremely angered on seeing this and started performing the Rudhra Thandavam. His rage was so fierce that other worlds were unable to bear it and begged Lord Vishnu to help them who with the use of his Chakra cut Dakshayani’s body into 51 pieces and threw them in 51 different places. These places came to be known as Shakthi Sthals. He calmed the fury of Shiva promising that Dakshayani would be reborn as Parvathi, the daughter of Parvatha Raja whom Shiva would then marry and that he Lord Vishnu himself would conduct the marriage in Mount Kailash.

The story goes to say how Shiva later came to a place called Ambasamudhiram  to perform penance and it is here that he saw Parvathi in all of her beauty and she danced for Lord shiva. This place came to be known as Kottitai. Shiva later on went on to marry her in Mount Kailash. 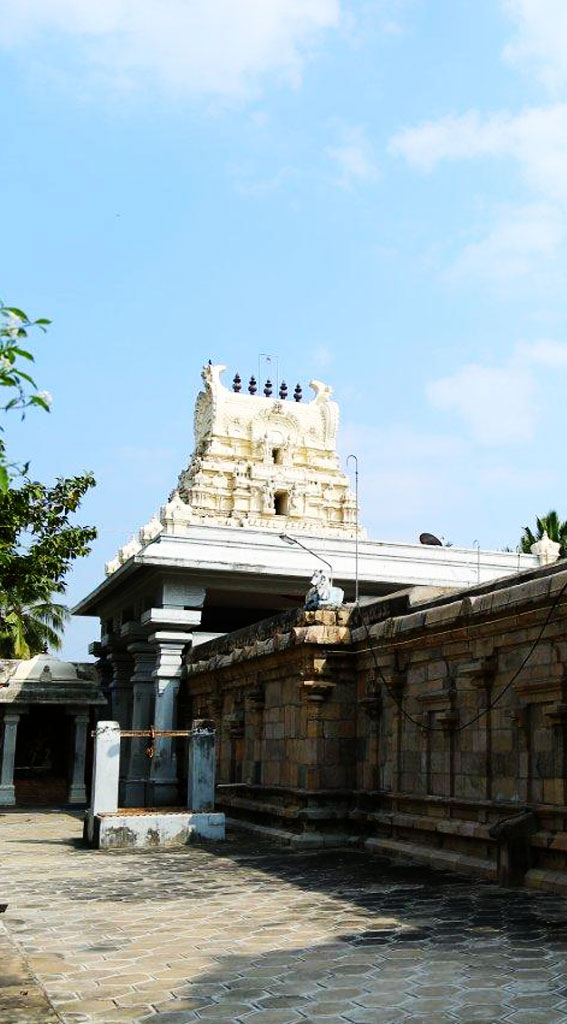 The Karu – Veli i.e the unseen fence around one to stop one from becoming a foetus again or being reborn. Here one can witness the Santhaswaruban or the softer form of Lord Shiva as Sarguneswarar and his consort Goddess Parvathi in her most beautiful form as Sarvanga Sundari.

Legend has it that once Lord Indra the Lord of the Devas came to this place to worship Lord Shiva and Parvathi. Similarly Lord Yama also worshipped Lord Shiva here. It is believed that it was Yama who constructed the temple tank opposite the shrine. He performed his prayers after taking a holy dip in this tank. This tank is called Yama Theertham. Till today devotees use this tank to wash their hands, legs and to sprinkle water on their heads before entering the Sanctum to offer worship.

A temple which was built during the Chola period has become one of the most frequented places of pilgrimage in South India.