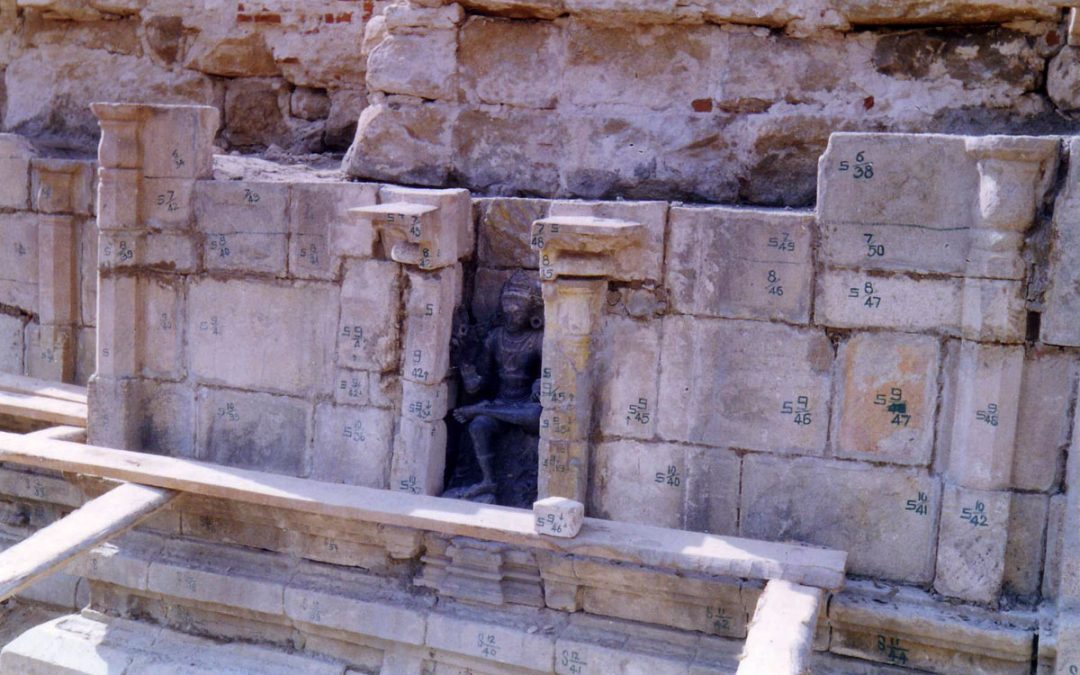 Sri S. Ramanarsu was the special correspondent to “The Hindu”

Thanks to the heritage of the river valley civilisation of the Cauvery the Nayanmars adoring the deities in the several temples with their hymns and royal patronage, village in Thanjavur district has a special significance.

The inscriptions on the walls are fortunately discernible in some temples and tell us about the lands endowed to
each one of them and give us other details as well.

One such temple which has remained neglected for several decades, with shrubs growing over the walls and gopurams is the Sarvanga Nayaki Sametha Sri Sarguneswara Swami Shrine at Sarguneswaram otherwise known
as Karuveli in Kodavasal taluk.

Even though on revenue records this hamlet is known as Karuveli, the temple according to the Nayanmars is known as Kottittai. Originally the name of the village was known as Karuvili but this later got corrupted into Karuveli.
The Sarguneswara temple at Karuveli is the 63rd shrine situated on the southern bank of the Cauvery
sanctified by the Thevaram hymns.

Saint Thirunavukkarasar in one of his outpourings had sung in praise of this Lord.

Realisation of the lord in the self is the purpose and mission of life. Sargunan belonging to a royal family gained realisation after praying to the Lord here and hence this place came to be known as Sarguneswaram. According to the books in the archives of the Dharmapuram Adheenam, the Lord here was worshipped by Indira and other Devas and Rudraganas. Appar singing in praise of the Lord here adds to the spiritual heritage of this temple.

The inscriptions around the walls indicate that the temple is a very ancient one patronised by Cholas. But who the real builder of this temple was, has to be probed and established by deciphering the inscriptions seen on its walls. 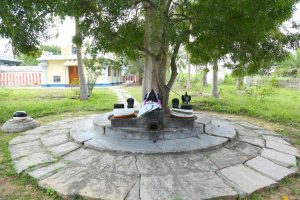 The sprawling vacant site around the temple make one suspect that this temple must once have been a massive one. Mr. Sivaprakasam, the sthapathy who had carried out renovation of the structures in the Meenakshi temple at Madurai, the Kapali temple in Chennai and built the Srirangam Rajagopram, the tallest of the gopurams in Tamil Nadu told this correspondent that when he took up the task of rebuilding the Karuveli temple, he saw nothing but shrubs, fissures and debris all over the compound walls, gopurams etc., with a number of pythons and cobras finding shelter here.

In a stone inscription found here, it is claimed that the idols belong to the time of Rajadhirajan II. The credit for ensuring that this once famed temple has four kala poojas conducted daily goes to Mr. V. Krishnamurthy, the former chairman of SAIL, who initiated the renovation of this temple on February 9, 1996. Today this temple looks new with the compound walls, the prakarams, the vimanams and gopurams renovated beautifully at a cost of over Rs.6 lakhs. With hundreds of villagers congregating here on March 27, tli.e Ashtabandana Mahakumbabhishekam
was performed in a grand manner.

There are no upcoming events at this time.